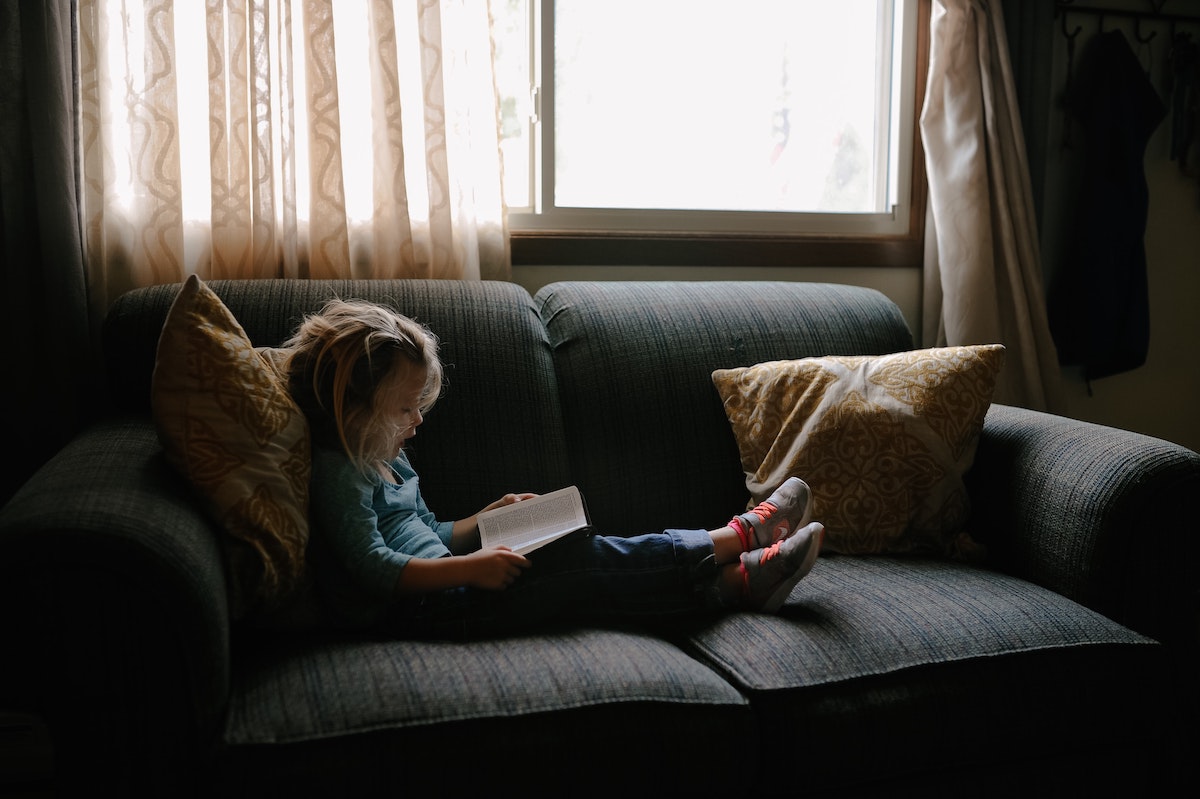 I began homeschooling the day my son's second grade teacher called to say “the whole class was kept in from recess today, with their heads down, because your son didn't finish his math work.”

My son didn't sit silently at his desk and complete a single-digit addition worksheet, 2+6, 4+3 etc. Instead, he stared out the window, kicking his feet to the beat of an imaginary song.

“Hey, who taught you that song?”

“Come on sweetie, how do you know that?”

He looks at me with a “dumb question” face. “I just figured it out.” Duh.

I stop putting the towels away, staring.

He smirks, the submarine in his right hand paused mid attack (apparently, bathmarines can fly). “128 and 128 is … "

I laugh and walk out of the bathroom, saying over my shoulder, “haha, I'll give you five dollars if you figure that out …”

I tried to find support for our situation but there wasn't much. He was always working at multilevels, sometimes grade school work was right, other times, college texts. No school I found, public or private, was set up for that. So, I made things up as I went along. Other mothers on the journey supported me and those who'd walked the road before.

I taught but I also studied with him. I went back to school myself, after taking him to his physics class and enjoying it, which began a STEM career in technology that I never would have imagined prior. But that's a story for another day.

What I learned during that decade, first and foremost, is that there is no one right way to educate anyone. Every kid, every person, is different. I have many thoughts about this subject, many of which are different from my thinking the day the call came. But here, in the midst of coronavirus, I want to focus on strategies for working while also educating at home.

Your mileage may vary. Because [see above sentence about “no one right way”].

Here are the seven things I learned the hard way:

Get up stupid early

As soon as my son stopped taking naps (long before kindergarten), my focused work day fell apart. Oh, I hated that transition. I was at my writing desk the day the call came. I should have heard the giant crack in my creative foundation.

Over the years, I tried everything to write or study while he was awake. I failed. Only two things worked: doing focused work before he woke up or when he was elsewhere (like at a friend's house.)

Now, I am a morning person. And he is not. So that helped. But it meant that I was ready for bed by 8pm and he was not. So we had a rule, once he was old enough: you have to go to bed when I do. You do not have to sleep. You can read or (later) play gameboy. Color. Bring legos. But you must stay quiet in bed and you can't use the internet. This got us by until he was old enough to manage his own evenings.

I can't focus on my tasks when a part of my mind is monitoring whether or not someone else is doing their tasks somewhere else. It's maddening. Leaving the room was never a great strategy, his daydreaming approach to studying persisted. Plus, tasks are lonely, aren't they? Doing “seat work” is better together.

We often did our “homework” at the same table. I don't mean I helped him with his, though I would. I mean we both showed up with work to do. I think this developed better relational habits. Habits that translated to restaurants, airplanes … I've even taught a yoga class with him nearby.

In fairness, he's inclined towards self entertainment and was more interested in his matchbox cars than being rowdy in public. So I got that for free. But even without that … modeling the behavoir you are looking for is, in my experience, far more effective than demanding it.

Side note: this also applies to reading together.

One thing I truly hate about traditional “schooling” is how it can suck all the joy out of things. Joy arises when we dive deeply into something. If you want your kids to self engage, you'll need to organize creative learning projects rather than assign them task work.

For example, I was struggling to keep my son's attention on his school work. He wanted to focus on Ancient Rome. He'd become passionately interested, I can't remember how, in that subject. So I started pushing all other subjects into that theme. Language? Study Latin (had to hire a tutor cause I don't know Latin). Math? Roman numerals and other types of commerce and engineering skills. Art? Dioramas of Roman homes. Reading? Mythology. We ventured into areas I wouldn't have known to go. And I had no trouble demonstrating academic progress at the end.

I imagine that kids who are home temporarily because of the virus will have work assigned. Cool. But what about the rest of the day? What would they love to explore? Can they be set up to explore it on their own?

At the end of each year, I had to prove to the state that my son had learned sufficient stuff. (These rules vary by state in the US.) One year, I was struggling to put together a package of proof and concerned because in some areas, like English, we hadn't made as much progress as I'd planned. I was also behind in grading his math work because by then, he was better than me in math so it took me longer, even with the teacher's edition.

I decided to take us on a train trip to Glacier National Park. We'd wrap up our year's work on the journey and then hike for a few days.

Side note: my son never enjoyed hiking, ruining all illusion that you can expose your kids to things and they will automagically like them.

On the train, we talked about his new obsession, MUDding (digital, text-based fantasy games). MUDs were also my new obsession but we only sometimes played together. As we talked, I realized that he had written reams of fantasy and science fiction over the last six months as part of his play. He'd read about 20 books, for fun. If my English “curriculum” had been character development, plot, story, theme etc … he'd have done far more work than a usual course would require. So, I changed my curriculum, gathered his work, and included it in the package.

I also gave him his math work to grade while I did so. He was better at that too, explaining to me where and why he'd made mistakes.

As people settle into creative play, they become uncomfortable. We flop around like fish in the bottom of a boat. “I don't waaaaannnnaaa go outside”, we say. Then, we don't want to come back in when the sun goes down because we've built a fort and are busy hanging out with the faeries.

Three mistakes are common and crucial to avoid:

Ask them to teach you

One of my favorite ways to “trick” my son into learning was to ask him to teach me how to do something. Almost everyone loves to demonstrate expertise. By the time he was six, I would bring home a new appliance and leave the box unopened. He'd set it up, read the manual and show me how to use it. When I bought my first new car, he was 11. He took the manual to bed with him and the next day, walked me through the features.

Other parents have told me stories about kids baking bread and teaching them about different approaches, taking apart a radio and explaining how it works, building a rabbit coop, figuring out vacation options. The goal of “knowing something” is often far more appealing than the goal of learning something.

Stop work early, if you can

5pm is the absolute worst time of day, in my experience. 6pm, if we were still trying to “get things done”, even worse. There's a reason why Thoreau went for a walk every afternoon. There is only so much sustained energy we can put into a day before we need to pause, go outside, do something with our hands, read a book … settle into something other than grinding out what “needs” to get done.

Especially when kids are in the mix. My son is an adult now, an adult who owns his own home and pings me funny Imgur links in Slack during the work day. Yet my evenings are still difficult if I've worked too long without a “play” break.

If at all possible, during this time of isolation, try to find the magic hidden in the late afternoons. It's there. When we miss it, we never really renew our energy.

And I imagine you need all the energy you can muster right now. I'm with you in spirit.