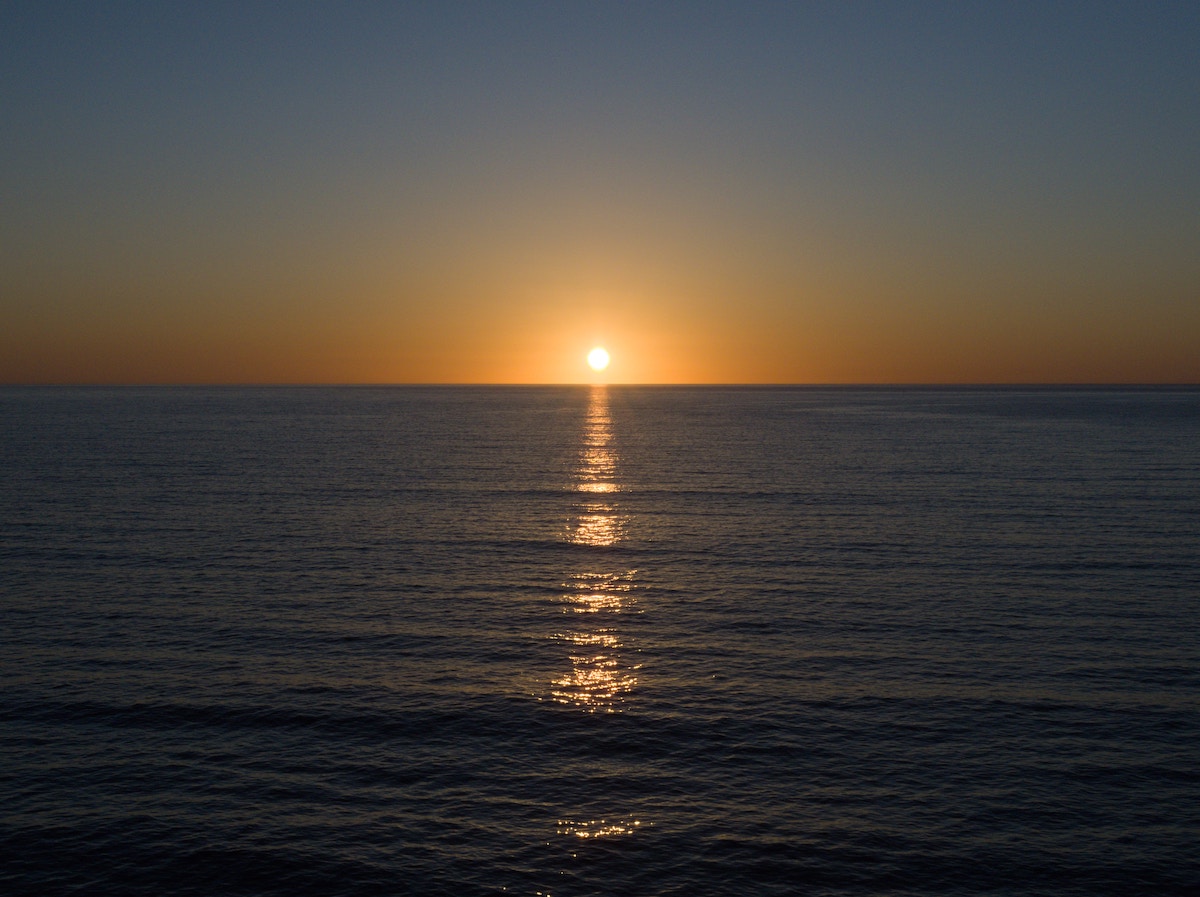 I am back in my study after a week in Amsterdam. I gave a talk at a conference, which may sound commonplace but the experience was uncommon for me. The preparation work and the trip itself were a rare opportunity to be (mostly) myself. People presume that I am always myself because I seem authentic (mostly I am) and honest (I am). But the truth is, I rarely express my thinking the way that I think it.

Here's what I don't want to say: When I was 19, I was “diagnosed” as profoundly gifted. (Which means, I tested off the scale of their measurement tool.) At the time, I had no conceptual understanding of what that meant. The man assessing me, a PhD at the university I attended, said it meant that I “could be doing anything” and was failing to live up to my potential because I was lazy and “lacking perseverance.”

(If you know me personally, you are probably making a “wtf” face. Lack of efforting is not my challenge.)

What I knew was that I felt alone, in ways I could not understand or articulate. And that my aloneness was my fault, I was broken somehow (always) and that was why I was rejected or humiliated or confused or failing really awful courses. Nothing was failing me, of course. Especially not the assessment man.

I was confused by the reactions I engendered because I was simply me. I thought everyone was like me. So, I must be broken. That's what people said, in a million subtle ways. “Too much.” Differences were usually summed up as too much or not enough of [something] on my part.

“Nobody thinks like you, Diana.” <– this was not a compliment.

I know now, because I've read a book about Dr. Miraca Gross‘s long term study, that my experiences were perfectly normal, when compared to other kids like me. The social isolation and loneliness, the bullying and slut shaming (teenagers’ ultimate weapon against those who are different), the pathological boredom and under perfomance that is called everything but boredom. The intensities and sensitivities. The worst part, for me, was that any suggestion that I suffered because I was “smart”, was dismissed as arrogant and deluded. Reality was that I was a pile of low self esteem blended with high self awareness.

My mother's response to the test result was, “that's why you quit everything and are constantly messing up your life.” The result gave her a label for my unsatisfactoriness. (Notice I have not said that I am profoundly gifted, only that I was diagnosed as such. Can't seem to do that yet.)

There exists a misunderstanding that “giftedness” is an enhancement. That I can understand everything other people do plus some extra. I'm a bit quicker (I am, sometimes). I memorize better (I don't) and would do well on Jeopardy (I wouldn't). That I'm better at school or an ideal candidate for management (I'm not). That I'm simply more RAM.

None of these are necessarily the case. It is more right to say that I am Alice and the world is Wonderland. Where people wonder why I choose to be out of place. Intelligence might be described on a linear continuum as a “score” but it is more a 3D measure of intensity. If you ask someone who knows me “is she smarter than you”, you'd get a variety of answers. If you ask “is she more intense than you”, I'm fairly sure everyone would say yes.

I am confused by what makes perfect sense to other people. I am often “too much” of something or other. I am devoted to people I love even as it might seem like I don't pay attention. I ask a lot of questions, which is the understatement of this post. Many things matter deeply to me, things that do not seem to matter to other people. Or, rather, too many things matter at the same time.

This isn't a judgement, that things should matter, I don't feel more moral. Yet people find this irritating. I am bizarrely intuitive (my husband calls it my spidey sense.) I talk a lot, even though I am an introvert. I talk about concepts mostly and others presume I do that on purpose, rather than it simply being how I think. Most people tolerate my conceptual talking but only a rare few welcome it. My hairdresser says I am the only client who tells her the circumstances in which my hair will be expressing itself. I said “why would I tell you specifically how to cut my hair? I don't know how to cut hair.” She's one of the rare ones.

As a kid in school, the pressure to hide my passion for learning was physical, in the form of bullying, once so extreme I switched public schools. I was told that I didn't deserve to go to private school and that I was “just going to grow up and get married” so not worth the money. I was told that I only wanted a PhD so I can “have a nameplate on my desk”. (So I didn't get one.) I “need to live in the real world”. I “think too much.” Professionally, I've been ousted, in a few still-painful ways, despite bringing trustworthy and, I think, valuable change. I feel the rejection yet dismiss this fact: lack of real relationship to truth, suffering, wisdom seeking and pattern awareness, so common in school and organizations, drives me mad.

Some have suggested that this is an “issue” only if I talk about it or make it an “issue”. “Everyone is smart in their own way.” Huh. People have historically not empathized or understood so I don't say this out loud. To be honest, I can't tolerate more not being understood.

People are still sometimes uncomfortable with my intensity and to some extent, I understand. Yet, nobody has ever asked me what it's like to be around people who aren't intense. What would I need in order to feel comfortable?

The burden is on me to be normal. Which, trust me when I say this, is something I've worked extremely hard at … with limited success. Normal isn't bad (I would love to feel like I fit) but its incredibly hard work that doesn't energize me or fill me with a feeling of “today was enough.” Like acting straight when you are gay because people have convinced you that who you are hurts them somehow.

Since I was 19, I have been “diagnosed” multiple times and told, multiple times, that my burdens will be lighter when I accept myself as I am. That I am enough. The self hate goes deep but I had help putting it there. Fortunately, I also have help replacing it with self love.

I've lived this experience twice over. My son is also “diagnosed” and I homeschooled him when school refused any accommodations. His story, and mine, are so common among exceptionally/profoundly gifted people that we are a trope. Yet, there was almost no support for this. Many people, some close, rejected my addressing his situation because it “treated him like he was special”. Nobody says that about other special needs kids, do they?

Anyway, I have not published this (Froze!) because I feel ashamed to admit it and triply ashamed when the admission is dismissed as arrogance or delusion. I don't feel more than, I feel different from. More left out than superior. I am almost always, honestly, trying to do good things for people.

As I dived into my Year of Enough, I was simultaneously asking myself the questions I wish I'd asked myself decades ago. Instead, I've stayed drunk on codependency. Investing decades in relationships with men who had issues of their own and re-ording my life constantly to prioritize them. To make myself right sized, whatever that meant at the time. I have also made some really, truly terrible life choices while trying to find something that felt right. Hurt people, foolishly, while seeking safety, whatever that is. Without, simultaneously, making space for my whole self.

I am, thank the goddess, done with all that.

What is satisfying, energizing and joyful to study, write about, engage in, do, build, create, think about? When do I feel like there is enough meaningful work to do in a day? What is meaningful work? How do I listen to my needs and allow others to see and know me as I am? What do I need in order to feel safe and comfortable in social situations? What accommodations actually help me to feel part of the world? Who are my true allies?

Turns out, I have many true allies. Working in technology has brought me some wonderful colleagues and friends. (And my husband.) While I was hiding from writing this post, the people close to me have encouraged me. My beloved Swiss friend said “You have no choice. You are smart. Be that.” Bless her. Nobody has said anything derisive. While creating content for our business, I said to my colleagues, “wow, huh, I write a lot of sentences that have big concepts behind them without always explaining those concepts.” They were nodding so hard their heads bobbled. So, it's not like others who love me haven't noticed. They already know.

At the conference, Many people were like me. They talk and think and socialize similarly to the way I do. It was an adjustment; one I'm happy to make. I also have online friends who get it.

What do I know about enough, now that I've seen and accepted how “in the closet” I've kept myself? What will increase my joyfullness? Here are some answers that have come so far:

I've used self hate and control to organize my inner world. That sucks. I'm going to give self love a try now. I'll let you know what I learn.