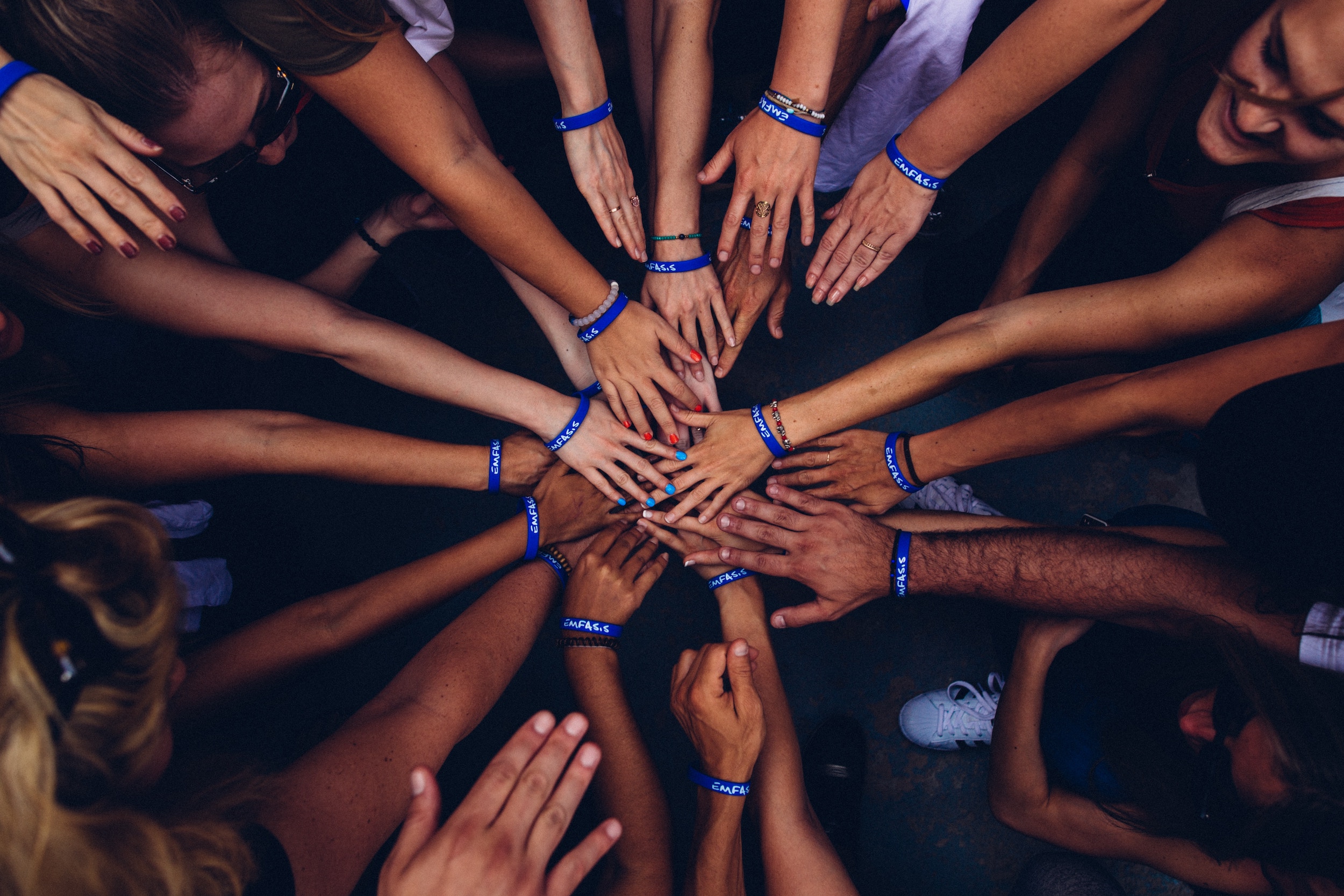 This weekend, I hired a developer to finish coding our new website. That was difficult for me to do. I called it “waving the white flag” rather than what is actually was, which is “what I should have done in the fricken first place.” I honestly believe that I should do everything that I can do. Yes, I know, that's impossible. Truly. Yet, I am a blockhead and must relearn this lesson again and again.

Meanwhile, my partners were relearning the same lesson. Robb hired a designer for his new podcast cover even though he can design himself. (We hadn't spoken first, a synchronous conclusion that screams “right strategy”.) While Dom was reviewing the developer's code:

Me: “I wanted to casually mention that you are doing the review but that doesn't mean I can't do the review and only males can do it.”

Dom: “I get that, I would feel frustrated with that too, and that doesn’t even take into account the gender bias stuff.”

Me: “But … isn't today more enjoyable and energizing than working on the site was?”

Me: “But, yet, we have all spent the last four months trying to do the work ourselves.”

Dom: “Right, coz that’s the default choice and anything else is just admitting defeat or wasting money.”

Important note: We have been playing orchestration and team leadership roles for years. And yet …

At home, same same. For a few years after buying the house, I struggled until I “broke down” and hired help with the housework. Or, I should say, hired us-but-mostly-him help with housework. He does more than I do. We'd adopted two big dogs. We'd fired the landscaping company and then discovered how much work it is to tend four acres. We'd put off hiring someone to clean the gutters, a thing neither of us have ever done, until we'd waded through the muddy runoff, or slipped on the ice field, for a year. The only help we'd hired easily was the hornet exterminator. Those bastards are mean. The hornets, I mean.

I never, omg, ask directions. When I shop, I search the entire store, eight times before I ask for help. (This drives my son nuts.) I love the puzzle solving. And I'm a blockhead.

Here is the sad, anti-enough byproduct of hoarding of todo items (I absolutely hoard todo items): I limit the Enough Economy.

While writing this post, I felt embarrassed because I can hire people to help me. During decades of my life, especially as a single mother, I did not have enough cash to do that. Now, I feel some shame admitting I do. I worry this is the White Lady Privilege post. Yapping about stuff that people can't afford.

But you know what? My reluctance serves no one. The truth is, having enough to share is supporting other women (and men) who are doing their thing and building their expertise. Their energy nourishes mine.

The don't-remember-how-we-lived-without-you housecleaning company is local and woman owned. (They also did the gutters.) Our wonderful pet sitter and her team have helped our dog's difficult fear issues. So has our vet, who he fears most. My hairdresser, whose new salon is 2.5 hell-yes-I-travel-that-far hours away, keeps me fabulously dimensional. Three women are transforming my life as they teach my body, Cory Nakasue, Robin Arzón and Susannah Grange, whose classes I've been missing. I choose my doctor because she also advocates for eating real food as a medical necessity.

The developer I hired is a young woman in India, starting out her career. I can now provide opportunities to others that were provided to me, years back.

There are many more examples. We shop locally, investing as much as we can in our neighbor's work. We buy locally-grown food all season at the farmer's market. My life is made richer and more joyful by all of it.

Looking through this lens, I see that trying to do everything myself is primarily ego. Selfishness. Fear, oh so much fear, that I won't have enough. That I (personally) don't do enough. Why not let exchanges flow instead? Share enough. Replenish in the nourishment of others. Nourish others.

And remember that whatever I do is enough, even when it isn't “everything”.